On Sunday, October 23, the penultimate raceday of this metropolitan season took place in front of a completely filled grandstand in Chuchle Arena Prague. The main race of the day, held under the auspices of the President of the Czech Republic, Miloš Zeman, was turned into a sovereign triumph by the favored Vert Liberte with jockey Petr Foret. The representative of DS Pegas stable won in the 101st President Stakes (Class A, 2m, 200 ths. CZK) and stayed unbeaten in this season in the Czech Republic. 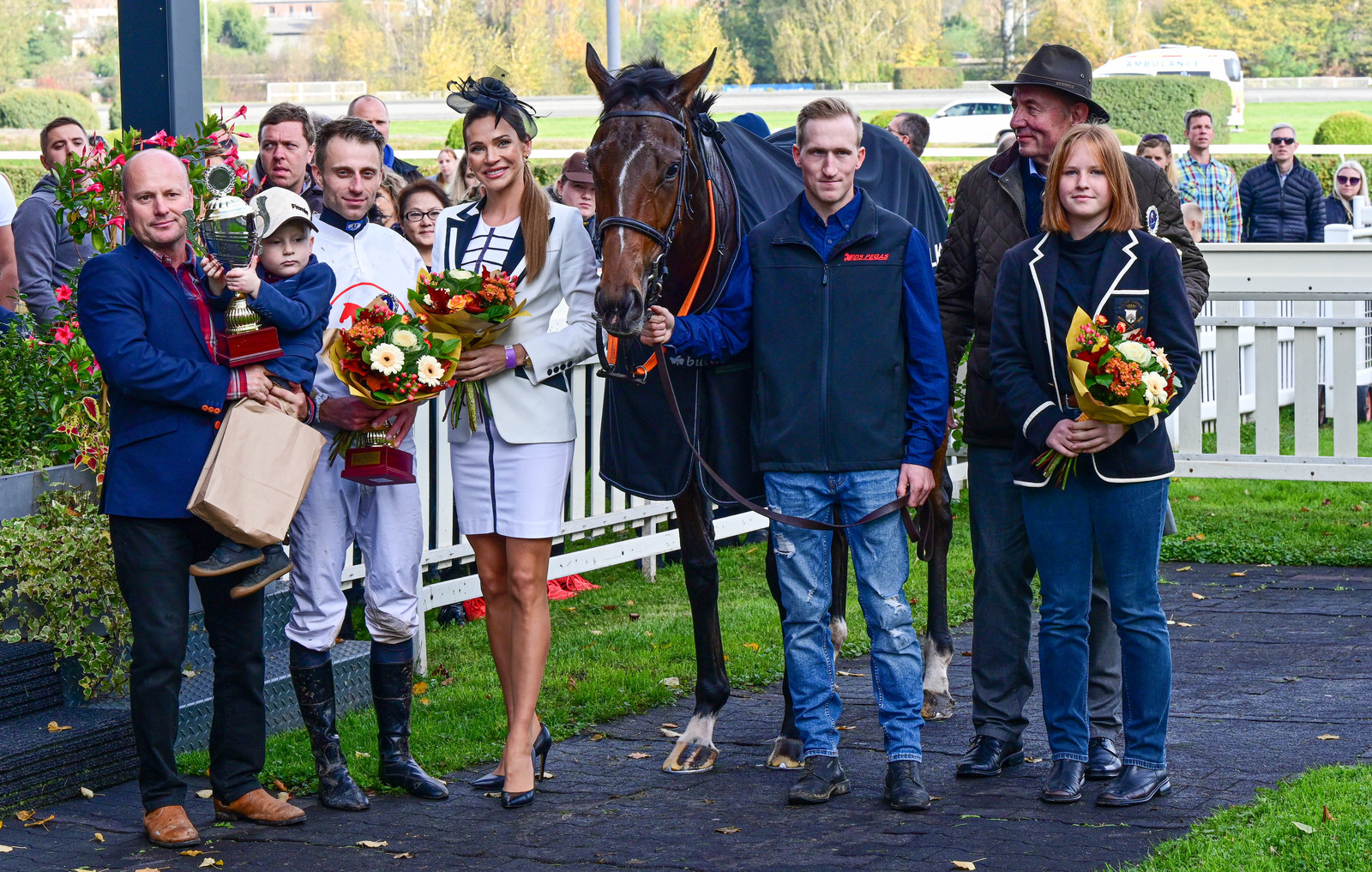 The winner of this year's CPI Hotels Czech Turf Stakes, the 4yo gelding Vert Liberte easily won by six lengths, 5yo Czech bred mare Wellunca placed second a half lenghts in front of 4yo filly Lady In Pink. Vert Liberte recorded his fifth lifetime win, the fourth one on the Chuchle Arena racecourse. Jockey Petr Foret achieved his eighth Czech Class A win this year (a new personal record and the highest number of all riders this season) and wrote his name into the list of winners of the President of the Republic Stakes for the third time. Trainer Dalibor Török and Jiří Trávníček (owner of DS Pegas) won this race for the first time.

Another traditional race (although with shorter history) was the 15th edition of the CK Martin Tour Grey Horses Stakes (1m, 100 ths. CZK) was won by 3yo filly Shabana (j. Laube, tr. Urbánek, own. Lokotrans), who is twice classic winner in Slovakia (Slovak 1000 Guineas and Slovak Oaks). It was already the fifth win this year, the first one in Prague.